Children from five schools in Waltham Forest have made donations of clothing and shoes to The Salvation Army as part of the charity's Recycle with Michael scheme which aims to encourage waste reduction.

Oliver Peat, Waste and Recycling Officer for Waltham Forest Local Authority said "Recycle with Michael is a great scheme that we are pleased to support. It encourages school children to reduce waste, whilst helping to raise money for their school and the charity. 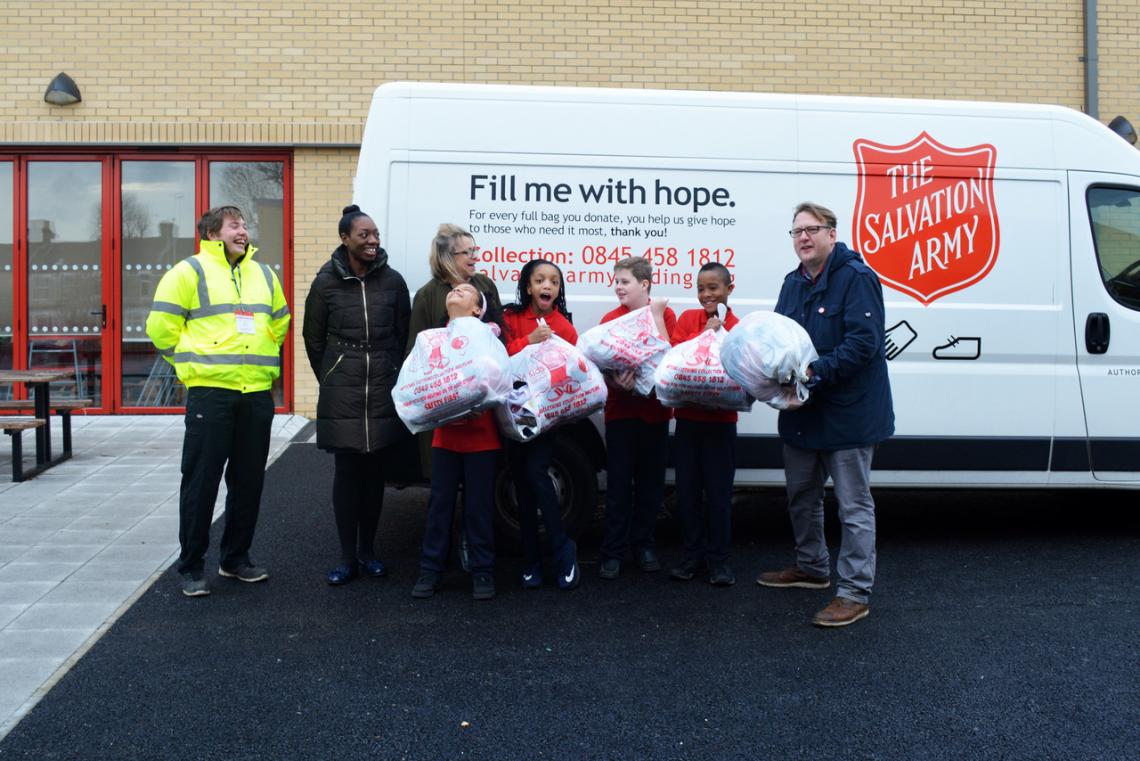